A Weekend In Paris

It was a Monday morning, I received a text from a good friend saying, “Notre Dame is burning, weren’t you just there?” I immediately turned on the news with much heartbreak that the beautiful Notre Dame Cathedral in Paris was engulfed in flames. My husband and I were there on Friday, three days earlier! We had spent the previous twelve days touring Germany, Switzerland, and France seeing amazing architecture, that I must admit, we didn’t spend much time at Notre Dame. I would have taken more pictures, endured the crowd to go inside, or really contemplated the history if I had known that a few days later it would be nearly destroyed.

We didn’t have a specific itinerary when we visited Paris, we are the type of people that like to go wherever our whim takes us. The Eiffel Tower was at the top of our list, but we would need to take two trains from our hotel. The public transportation system throughout Europe is super easy. We had been warned about pickpockets so we took precautions, but never felt unsafe traveling on the trains or buses. In contrast to many American subways, it was mostly clean and well-lit.

Our transfer stop was right near Notre Dame Cathedral. We stopped in the first cafe we saw for lunch, A. Lacroix Pâtissier. Our waiter put us at a table by the window overlooking the magnificent Notre Dame. My husband ordered the Croque Madame; a delicious grilled ham and cheese sandwich in all of it’s melty, cheesy goodness topped with a fried egg. I ordered the club sandwich, which was quite different than what is served in the states. It was more of an egg salad, layered with roasted chicken, lettuce, and tomato. Both served with Pommes Frites (French fries) and a basket of baguettes. Paris has definitely not jumped on the low-carb craze.

I love the waterways through the city. The Seine River brings peace throughout the hustle and bustle of Paris. It is really cool watching the riverboats travel up and down the river, and it’s an experience I hope to try on our next visit to Paris.

Walking the streets in Paris is a mix of old architecture and modern, big city. I enjoyed the statues and history throughout the city but was disappointed by the graffiti and overabundance of street vendors. It seemed all of the national treasures were defaced with paint. The Fontaine Saint-Michel depicts the battle between good and evil, with the archangel Michael and the devil. It seems the entire city was a representation of this battle.

The Eiffel Tower is way bigger in person…so much bigger than the replica at King’s Island that I grew up visiting in the summer. And forget about the romanticism of the Tower without hoards of people selling little trinkets, bags, junk every place you turn…tourist trap. When the police patrolled, the vendors scattered like cockroaches, scooping up the tarp with their goods and darted across the street. Apparently, they didn’t have the necessary permits to sell at the base of the Tower, but they were safe in the median. During the chaos, they knocked over a guy and the ambulance had to be called. After seeing the souvenir prices at the airport, I wish I had bought the junk from the street peddlers.

Our next stop on our walking tour was to the Arc de Triomphe, a beautiful monument to honor those that died in the French Revolutionary and Napoleonic wars. Beneath it lies the tomb of the unknown soldier from WWI. Not realizing how to view the monument up close, we decided to play Frogger to the center of the circle, later realizing it is the world’s worst roundabout and crossing traffic isn’t such a good idea. I have never felt so close to death in all my life. Afterward, we realized there is a tunnel for pedestrians. I found this random video of just how crazy it is, but I swear as we were crossing, there was a ton more traffic and large buses that barely missed us.

click this to watch—> Timelapse of the World’s Worst Roundabout

This is just a glimpse into our walking landmark tour of Paris. It’s a great city to people watch and take in the sites without spending a lot of money. However, on our next visit, we may spend more time visiting the museums. There is just so much to see for such a short visit. I would love to hear about your experience in Paris, feel free to leave a comment or send me an email.

Until next time, Happy Empty After! 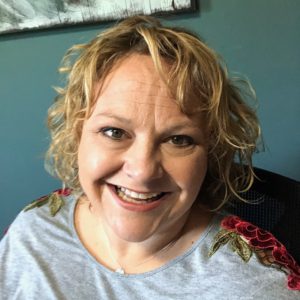 Get the Inside Scoop by Subscribing to Our Newsletter!

Happy Empty After 2018 All rights reserved.